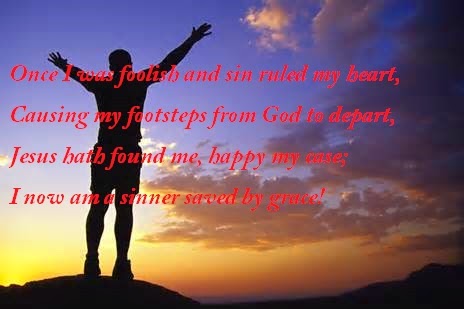 My earliest memories of the Gospel message were not in Sunday school or in Church because my family were not churchgoers let alone Christians. The Currie Primary School, which I attended, allowed workers from the Child Evangelism Fellowship to come in regularly and present the Gospel of saving grace to the children of Tigers Bay in North Belfast, and this was my earliest exposure to the Gospel. It didn’t really get through to me at the time because although I understood much of what the people were saying about God, Jesus, Heaven and Hell I thought that I was a good boy who, although not perfect, did just about everything my teachers and parents told me and therefore I would surely go to heaven if I died?